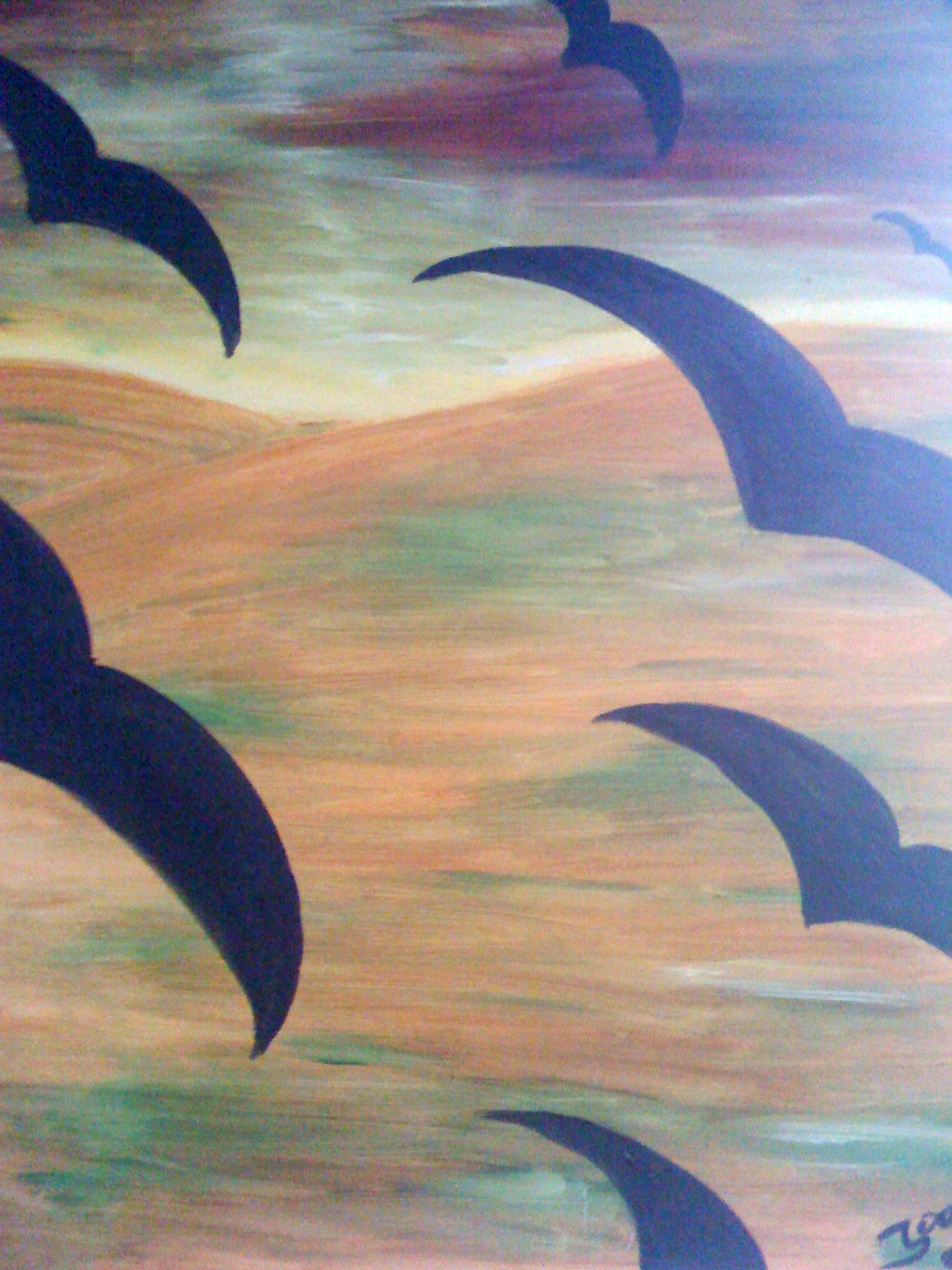 The Dutch word ‘vlucht’ has several meanings. It can be translated in ‘flight’, but is related to the verb ‘to flee’ as well.
The painting depicts flight, but shows the eve of war as well. The consequence is the fleeing of people. Or are they evil war birds?